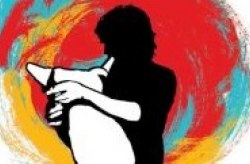 Kish Island, 15 February 2021-The first international Bagpipe Festival will be held on Kish Island from March 10 to 12.

According to the Public Relations and International Affairs Department of Kish Free Zone Organization, Kish Island, as the tourism hub of the country will be hosting the First International Bagpipe Festival from March 10 this year, with the aim of branding through cultural and artistic events in the public space of society, mostly recreation and tourism centers.

The Persian bagpipe is called Neyanbān, which is a type of bagpipe mostly played in southern Iran, especially Bushehr, Khuzestan, Kerman, and Hormozgan provinces. It enjoys a high tourism attraction, helping to encourage interested musicians to travel to the island.

Considering that Neyanbān is an ancient wind instrument that has been registered in the list of national monuments as an intangible cultural heritage in Bushehr, Khuzestan, Kerman, and Hormozgan provinces since 2015, and efforts are underway to reach the UNESCO World Heritage List, this festival will also provide an opportunity to introduce this instrument in the international arena.

The organizers have corresponded with the embassies of Greece, Algeria, Germany, Tunisia, Turkey, France, Armenia, Austria, Spain, India, and the Arab states of the Persian Gulf, inviting their musicians to attend the festival.

Introducing this instrument to music lovers of the regions as part of Iran's cultural and musical identity, attracting music tourists, and encouraging art lovers to learn Neyanbān along with exploring the potentials and attractions of Kish Island are among other goals of the festival.