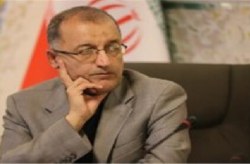 The advisor to the president has stated in this decree: "According to the obtained legal authority and coordination, according to this decree, you shall be appointed as the "Interim CEO of Kish Free Zone Organization" while retaining your position."

"We hope that with the help of God Almighty and the observance of divine morality and piety, you will spend all your efforts and work tirelessly to achieve the designated programs and objectives until the procedures related to registering management changes will be completed," The Secretary of the Supreme Council of Free and Special Economic Zones added

It should be mentioned that Jafar Ahangaran is also in charge of the Deputy for Planning and Coordination of Zones' Affairs of the Secretariat of the Supreme Council of Free and Special Economic Zones.