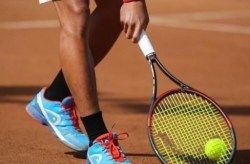 Intl. Tennis Tournament to be Held in Kish

According to the Public Relations and International Affairs Department of Kish Free Zone Organization, the International Junior Tennis Tournament will be held in Kish Island from 25 to 30 January 2021 in singles and doubles, girls and boys. In the boys' team, tennis players from France, Romania, Iran, the USA, Turkey, and the Czech Republic, and in the girls' team, representatives from Iran, Mali, Russia, Turkey, and Latvia will compete in Kish Olympic complex.

It is worth noting that  Kish Island was the host to the previous round of the competitions, too. In the boys' team, the representatives of Ukraine and France won the championship and runner-up titles, and Younes Talavar and Arian Ismailpour Fallah from Iran jointly won third place.

In the girls' team, Meshkat Al-Zahra Safi and Mahta Khanlou from Iran took first and second places. Mandegar Farzami, another Iranian representative, together with a tennis player from Mali, shared third place.

The head referee of this competition is Masih Salah, the Iranian white badge umpire.