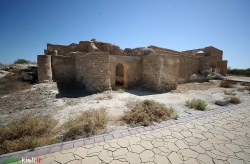 Kish Island, December 11, 2021- According to UNESCO criteria, Harireh ancient city on Kish Island, is one of the Iranian historic monuments inscribed in UNESCO's Tentative List of World Heritage sites.

According to the Public Relations and International Affairs Department of Kish Free Zone Organization,  experts of Hormozgan's General Administration of Cultural Heritage, Handicrafts, and Tourism Organization have underlined on Thursday that Harireh city is one of the most important cases that have been introduced to the UNESCO.

The introduction of the town took place following the ancient town visit by the experts of the Hormozgan's General Administration of Cultural Heritage, Tourism, and Handicrafts, as well as the need for global registration of historic settlements on the northern shores of the Persian Gulf.  The inclusion of this work in the World Heritage List, with the credit it brings, would properly introduce the architecture and features of the ports and historic settlements of the Persian Gulf to the world.

To be included on the World Heritage List, sites must be of outstanding universal value and meet at least one out of ten selection criteria.

The selection criteria for the ancient city of Harireh include" to exhibit an important interchange of human values, over a span of time or within a cultural area of the world, on developments in architecture or technology, monumental arts, town-planning or landscape design" and "to be an outstanding example of a type of building, architectural or technological ensemble or landscape which illustrates (a) significant stage(s) in human history."

Also, this valuable historical site can give the island a global reputation and pave the way for the economic and cultural prosperity of the region, especially Kish Island.

According to the visits made by the experts Hormozgan's General Administration of Cultural Heritage, Tourism, and Handicrafts to the historical site, it is necessary to carry out some measures as follows: "Allocating an independent building as a research base for a historical site, collecting all information and prepared documents, mapping, documenting and preparing aerial images with international standards, preparing all the maps needed for the World Registrations Album, preparing a historic site reorganization plan according to UNESCO international standards, conducting field actions to organize along with the preparation of the global registration file, the criteria and standards of the historical site and compiling the global registration nomination file."

It is worth mentioning that this issue is on the agenda of Kish Free Zone in terms of importance.