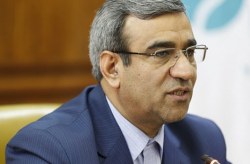 Exclusive Beach Sports Stadium to be Operational on Kish Island

Kish Island, August 24, 2020- The Managing Director of Kish Free Zone Organization has announced that an exclusive beach sports stadium based on the international standards, will be put into operation in this region soon.

Mozaffari added: "With the realization of this important issue, Kish Island will host the top-level competitions of the country, national teams  camps in coastal disciplines, as well as international competitions."

He pointed out that with the aim of supporting, cultivating and introducing the extraordinary talents of the youth and teenagers of this zone and the south of the country, as well as the neighboring areas of Kish at the national team level, this sports complex will be constructed in the Seffin area of Kish Island.

In the end, Mozaffari stressed: "Despite all the activities and efforts so far, many capacities of Kish Island in various fields have been neglected. We hope this action will help the development and expansion of sports in the region and can be effective at the national level as well."