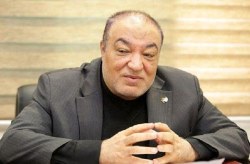 Kish Island, January 22, 2022- Referring to the Foreign Economic Relations Coordination Headquarters meeting on the subject of free zones, the Deputy Foreign Minister said: "Free zones can be a high source of foreign exchange for the export, production, and export of engineering services."

According to the Public Relations and International Affairs Department of Kish Free Zone Organization, quoting from freena, during the meeting, Mahdi Safari said, "Today, we encourage people living overseas to invest in these areas. Free zones used to import in the past, but now we are trying to produce goods in free zones and export them."

The Deputy Foreign Minister for Economic Affairs stated: "According to some reports, good steps have been taken in the field of exports in the free zones and parallel in the Ministry of Foreign Affairs."

Emphasizing that Iran's priority is cooperation with neighboring countries, Safari said: "Seven non-neighboring countries are our target countries, especially if they have free joint zones. But we need to establish joint ventures with these countries so that the parties can work together. As a result, we can use machines and technology to export products instead of importing them."

The Deputy Foreign Minister added: "We have decided to go one step further and create these zones if the countries are willing. It is possible to create these joint zones with Pakistan, Armenia, Turkmenistan, and other countries such as the UAE."

Safari noted: "This work is being done with non-neighboring countries, including China. Issues and problems have been studied, free zones can effectively solve them, and transit and transportation can be done. Negotiations were held on the Caspian port in the north and Chabahar port in the south to remove obstacles. "

The Deputy Foreign Minister added: "Some countries are interested in the transit of their goods to Chabahar, and in this regard, a delegation from Uzbekistan will come to Iran and will go to Chabahar to establish their warehouses and depots and check the safe exports and imports."