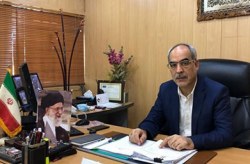 Kish Island, September 24, 2020-The total exports of manufactured goods in Kish Free Zone increased by 20% to reach 43500000 thousand during the first five months of this year, compared with 34 million and 800 thousand dollars last year

According to the Public Relations and International Affairs Department of Kish Free Zone Organization, Mahmoud Dashti, Director of Customs at Kish Free Zone Organization, announced a 20% growth in the export of goods manufactured in this zone to the mainland, free zones, and overseas. He also pointed out that the volume of transit goods from this region to the mainland, free zones, and overseas decreased by 56% to reach 3 million and 300 thousand dollars during the first five months of this year, compared with 22 million and 500 thousand dollars in last year.

"The total volume of exported goods from this region, such as transit goods, re-exports, and returned goods in the first five months of this year, amounted to $ 54 million, a 50% decrease compared to the same period last year." The Director of Customs added.

It is noteworthy that the total imports of Kish Free Zone in the first five months of this year, including commercial goods, consumer goods, and duty-free goods, "raw materials for manufacturing companies and oil companies with industrial licenses, construction tools, and supplies for construction projects" has amounted to 45 million and 200 thousand dollars,  registering a decrease of 58% compared to the same period last year.