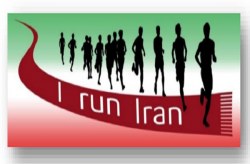 According to the Public Relations and International Affairs Department of Kish Free Zone Organization, Kish Marathon competition will begin at 7 a.m. on Friday, March 1, with Iranian athletes and runners from 21 countries in attendance. Persian Gulf Run has 3 distances: 42K full marathon, 21K half marathon and 10K quarter marathon.

The runners in this competition, including Jafar Moradi and Hossein Kayhani, are from our country, with 35 male runners and 19 female runners from different countries, each with a medal and rank in the international marathon competitions.

The 70-year-old American runner Brent Weigner who has set a new world record by running the most marathons (339) in most countries (177) will be one of the Persian Gulf Marathon's participants.

It is the 3rd edition of ‘I run Iran’. The first International Iran Marathon was organized at Persepolis in 2016 and the 2nd one, half and 10K marathon wad held, in Tehran in 2017. The" I run Iran project" aims at promoting street running to a young Iranian population. On an international level, it promotes friendship by Breaking Barriers and Building Bridges between people of different nations.

In the previous editions, more than 750 runners participated from over 44 different countries. The third "I run Iran" marathon is scheduled on the 1st of March 2019 on Persian Gulf Island of Kish. This Persian Gulf Run will be a unique international sports event for long-distance running in Iran. For more information and online registration please refer to www.iruniran.com