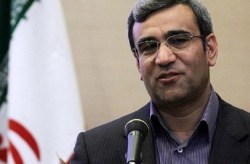 According to the Public Relations and International Affairs Department of Kish Free Zone Organization quoting IRNA, Dr. Gholam Hossein Mozaffari made the remarks in an interview with IRNA's science reporter while visiting the Islamic Republic News Agency on Saturday. "Sea is a valuable asset, its capacities must be properly addressed, but unfortunately we do not use this capacity except for providing entertainment for the people." Said Dr. Mozaffari.

"Oman Sea and the Persian Gulf are the historic crossroads and God-given sources provided to us, and we need to make the most of their capacity by providing the necessary grounds." He added.

KFZO head pointed to the establishment of the Environmental Research Center in Kish and said: "There have been negotiations with the University of Tehran to change the center to the marine environment in order to fully cover the area and have extensive studies on the capabilities of the sea in this Research Centre"

Managing director of KFZO also pointed to providing a suitable place for the establishment of knowledge-based companies in Kish and stated: "We have provided the best facilities including an 11-story building for them."

He described the ease of travel and interaction with foreign parties as some advantages of the region and added: "As the Island's managers, we know our legal, scientific and national duty to provide infrastructures for knowledge-based companies, Accelerator centers, and Startups that have ideas or are looking to implement ideas, operate in this area."