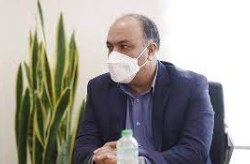 Kish Island, August 10, 2022- The head of the development and management of Kish ports and airports announced the establishment of flights from Kish to Muscat, Dubai, and vice versa shortly, referring to the island's needs and its merchants and traders of Kish.

According to the Public Relations and International Affairs Department of Kish Free Zone Organization, Ezzatullah Mohammadi stated that the necessary follow-up action should be taken to relaunch flights from Kish to Muscat, Dubai, and vice versa.

Kish Island is considered one of the tourist and commercial hubs in Iran, and most Kish visitors prefer air travel; therefore, the necessary measures to increase flights from different locations to Kish Island are on the agenda.

"Kish International Airport can serve two million passengers per year. Using the available capacities and necessary follow-ups with the airlines, we will witness the boom of tourism and business on the island again." Mohammadi stated.

It should be noted that negotiations have been held with Kish Airlines regarding the Muscat-Dubai route and vice versa.